Publicado: febrero 21, 2021
Dejo, antes de mi comentario para este post a propósito del tema a tratar expresado en el título, una carta de la National Pro-Life Alliance : Two years ago, you no doubt heard Virginia’s Democrat Governor Ralph Northam talking about “post-birth abortion.” But this is nothing new. The fact is that long before the Governor’s comments, the so-called Journal of Medical Ethics, based in London, published a study advocating “post-birth abortion.” I’m not making this up. These self-proclaimed “ethicists” (who I should point out have all already survived the womb themselves) actually argue that parents should be given a kind of “trial period” of unspecified time in which to change their mind and eliminate their baby. Now not surprisingly, a huge outcry of protest arose against this wholly barbaric proposal. Do you know how the authors defended their arguments? They simply applied the Planned Parenthood / “National Abortion Rights Action League” (NARAL) mantra. They argued that if you accept t
Publicar un comentario
Continuar leyendo » 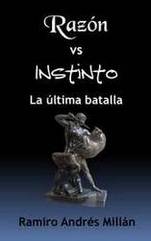